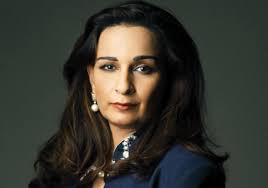 Pakistan Peopleâ€™s Party (PPP) Vice President and former federal minister Senator Sherry Rehman has written an article in Jung newspaper in which she was alleged to write the hate remarks against Ahmadiyya Muslim Community.

Soon after the publication of this article Ms. Rehman personally responded and clarified her stanceÂ with the following tweets:

On May 3rd, 2016, Daily JangÂ issuedÂ a public apology statingÂ that the anti-Ahmadiyya contentÂ in the April 4th article was wrongly attributed to Ms. Rehman due to an editorial mistake.