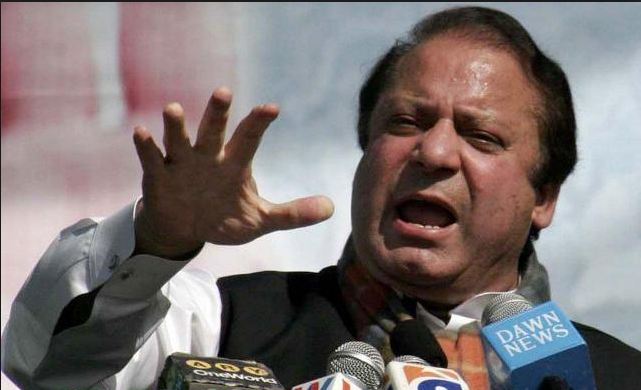 Prime Minister of Pakistan has started his campaign to connect with the public as he addressed a public gathering in Mansehra after a huge pressure by the opposition over Panama scandal.

Nawaz Sharif said “Pakistan is poised for an economic takeoff,” Prime Minister Nawaz Sharif claimed at the inauguration ceremony of the Havelian-That Motorway section in Mansehra on Thursday.

.In line with a previous plan apparently intended to have engagement with the supporters for the 2018 elections, the PM declared a number of road and power schemes for the region.

The premier announced two gas projects catering to the region. “2018 will be the year power shortages end,” he claimed, adding, “There will be no load shedding in Pakistan… Electricity will be cheaper.”

“I don’t just come by to cut a ribbon, I finish what I start,” he assured the people of Dodiyal. “Everyone else is pulling your leg,” he claimed. “You will soon be rid of the others who conspire,” he said in a veiled reference to his opposition.

“Where is ‘Naya Pakistan’?” he asked. “These are our provinces… You will see aÂ KhushaalÂ Pakistan by the end of our tenure,” he claimed.

“These plans will be complete within the next two years and then we will go towards a new election.”