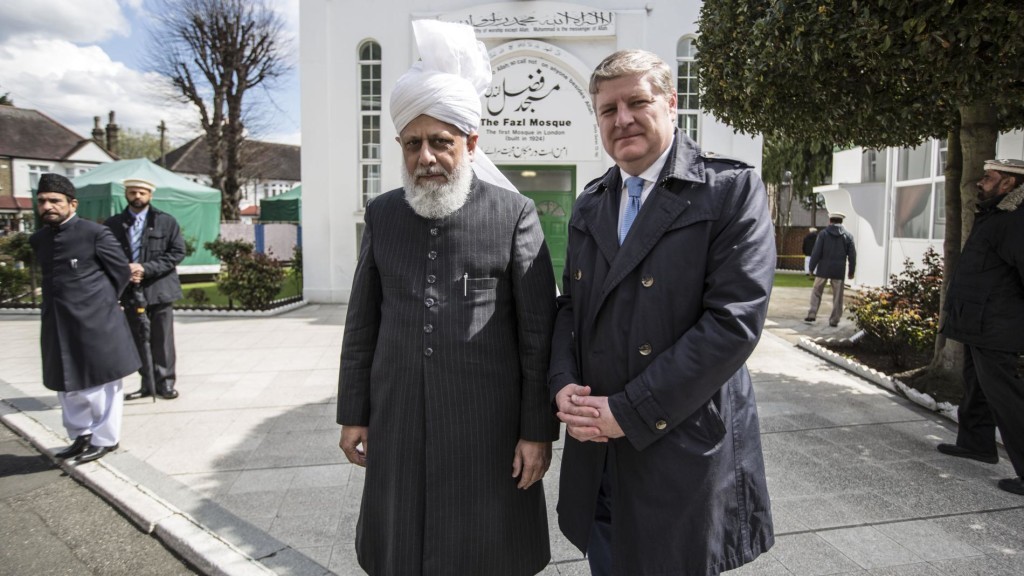 London; The member of Scottish National Party and MP in the UK Parliament, Angus Robertson met with the leader of Ahmadiyya Muslim Community Hazrat Mirza Masroor Ahmad at the communityâ€™s headquarters in London on Wednesday, April 27th.

Robertson has been raising the voice for the rights of Ahmadis and hate against Ahmadis by the different religious groups. He also raised the voice in the Parliament of UK in Asad Shah Murder case.

Remember that Asad Shah an Ahmadi shopkeeper was murdered in Glasgow by a 32 years old Muslim extremist for religious hate.

â€œThere are reports of Ahmadi Muslims being refused employment, businesses being boycotted, schoolchildren being bullied and shunned, and in Scotland, people like the lawyer Aamer Anwar, who has worked to bring faith leaders together, have faced death threats.â€