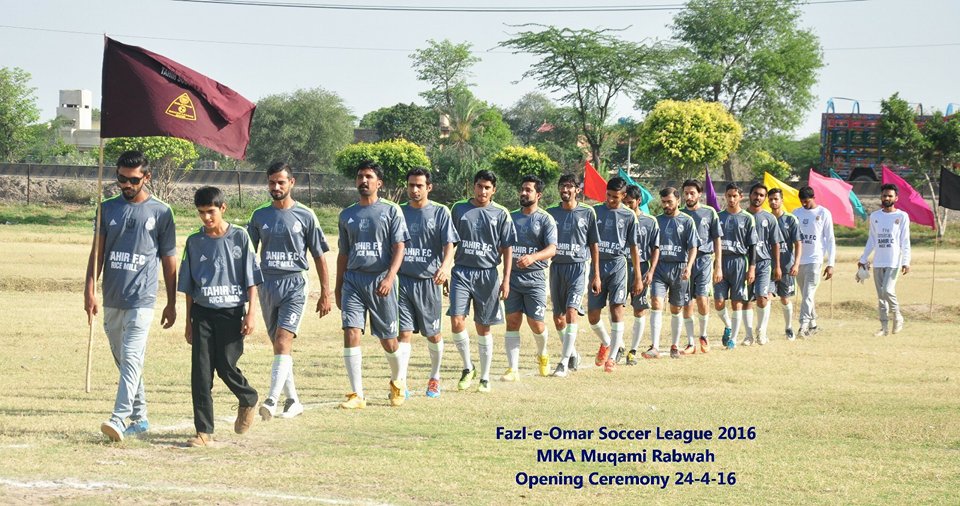 The third match of Fazal E Umar soccer league was played between Team Masroor and Tahir Soccer Club. The match was ended in a draw after an interesting full-time play. Shakeel the captain opened the scoring in the 25th minute of the match. Hamayu equalized the scoreline in the second half. Both teams tried to score the winning goal but the match was ended in a draw. Muzaffar Atique was shown the yellow card for going off the field.