I will resign and go home if proven guilty, says PM Nawaz Sharif 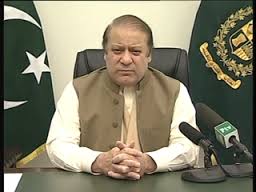 I will resign and go home if proven guilty, says PM Nawaz Sharif

Prime Minister Nawaz Sharif has addressed to the nation and has claimed that he will resign if any corruption will be proved against him or his family.

“I challenge all those who allege tax fraud to come forward and present evidence. If charges are proved against me, I will resign immediately,” vowed Prime Minister Nawaz Sharif.

We will accept the recommendations presented forth by the commission, added Nawaz.

“Once again certain elements are attempting to destabilise Pakistan in the wake of Panama Papers.”

“Soon after the issue surfaced, I took the nation into confidence and ordered the formation of a judicial commission under the supervision of a retired supreme court judge,” said the premier.

We have answered such allegations in the past and we will do it again, because we believe that as a democratic government and representatives of the people, it is our duty to answer these allegations, said Nawaz.

“The commission has not yet been established, but people have already passed judgments,” stated the premier.

Nawaz added the incumbent government has always supported accountability, and has taken steps to make the taxpayers directory public on FBRâ€™s website.

“When I was told that the details of assets of public representatives were removed from the election commissionâ€™s website, I took notice of the issue and asked Ishaq Dar to re-issue these details,” elaborated the prime minister.

Nawaz reiterated that he is only answerable to the people of Pakistan, and not to politicians which indulge in point scoring.

He also requested the media to first confirm facts behind any allegations before bringing it to the public. 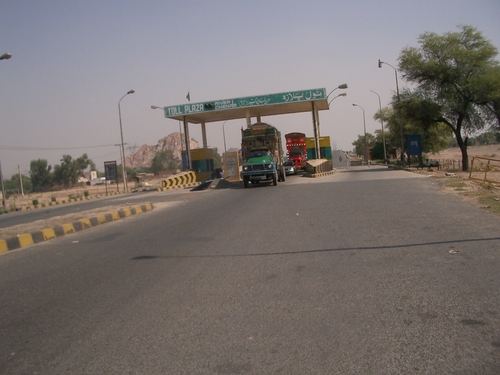 Rabwah; Another boy lost his life on when he was riding a bike on Rabwah bridge near toll plaza in a terrible accident with a dumper truck. According to the eye witnesses, Baber Ahmad who belongs to Dar Ul Shukar Rabwah was going towards Chiniot, slipped from his bike and truck crushed him into the pieces and he dead on the spot. The truck driver ran away from the spot immediately. Police have taken the body into custody.