All charges against Altaf are fake says Nadeem Nusrat 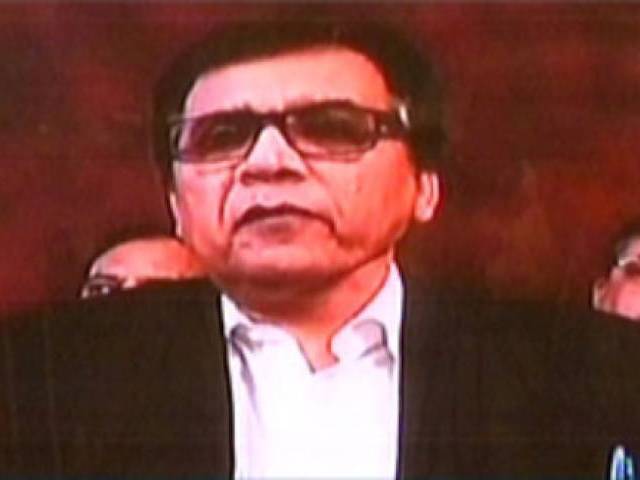 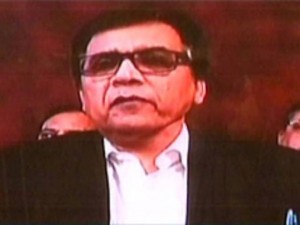 In a bid to counter demands made by Mustafa Kamal to ban the Muttahida Qaumi Movement (MQM),Â a senior party leader on Monday rebuffed â€˜baselessâ€™ allegations against Altaf Hussain.

â€œAllegations levelled against MQM supremo and partyâ€™s senior leadership are baseless, [and are] aimed at shrinking the partyâ€™s vote bank, which is not an easy task,â€ Rabita Committee convener Nadeem Nusrat said while addressing a press conference via a video link from London.

The senior MQM leader said decadesâ€™ old propaganda was being rolled out against the party to malign its image in public.

â€œDespite false allegations and negative media coverage, people have always put their trust in MQM supremo,â€ he said. â€œBut still some â€˜unknown peopleâ€™ are being given undue media coverage.â€

Nusrat alluded to a number of historical events during his speech, which, he said, were reflective of the discrimination being carried out against the party.

â€œ[The] MQM was created as a result of the deprivations of poor Urdu-speaking people and has since been subjected to discrimination,â€ the party convener said.

â€œBaseless allegations are being put against a political leader who enjoys popular support of the masses.â€

Nusrat claimed undue pressure was being exerted against party leaders, who were being forced to quit the MQM and join the PSP.

He appealed the countryâ€™s top civil-military leadership, including Prime Minister Nawaz Sharif and Chief of Army Staff General Raheel Sharif to intervene in the matter and stop â€˜baselessâ€™ propaganda against the party.

The senior MQM leader also demanded an end to a ban on speeches of the party chief, saying he should be given a chance to clarify himself.