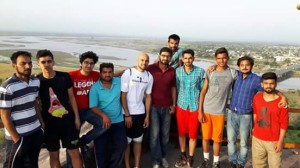 Nazarat Taleem Sadar Anjuman Ahmadiyya Organised All Rabwah Basketball training and coaching camp under the coaching of foreigner coaches from USA. A large number of students took part in the camp and learned the modern skills of basketball. After the camp a friendly match was also played between Lahore and Rabwah to promote basketball in the community. Nazir Taleem Mr Fazal Ahmad rewarded honorary shields to the coaches in the end of the camp. 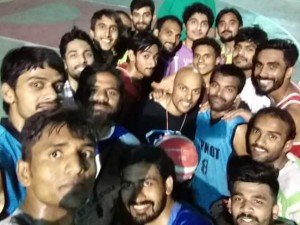 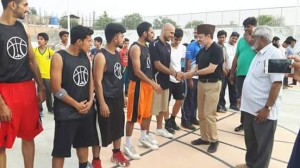 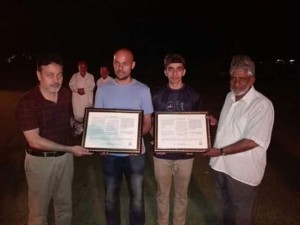 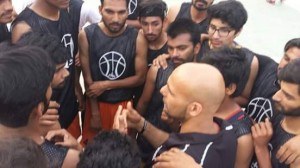 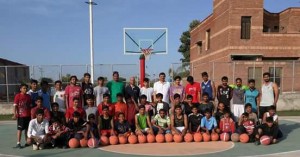 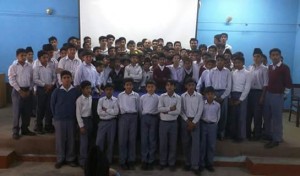 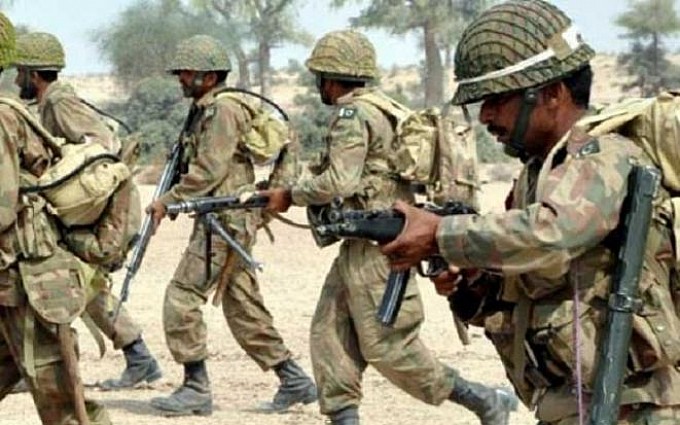 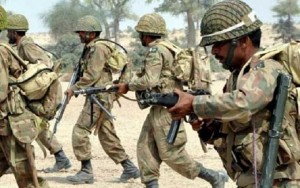 Pakistan Army has been called to complete the operation against Choto Gang who has become a huge tension and headache for Punjab Police. Police has failed to overcome on choto gang and gang have killed more than 6 policemen and have kidnapped 15 policemen.

According to the details 90 commandos of PAK Army have arrived on the spot to clear the Gang from a huge area .

The commandoes of the Pak army will take part in the operation along with police from seven districts.
Meanwhile 10 kilometer area has been sealed completely and helipads are installed at various points.
According to sources the leader of Choto dacoit gang Ghulam Rasool alias Choto has given indication of laying down arms before the Pak army. He says that he is neither an agent of RAW nor linked to any terrorist outfit and that he could not fight the Pak army. 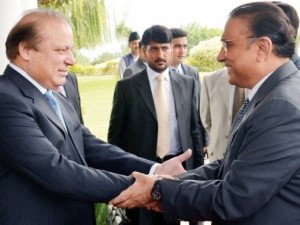 In his twitter account he tweeted Â â€œAZ is not meeting NS,â€ he tweeted using initials to refer to the two politicians.

Both the premier andÂ PPP co-chairmanÂ Asif Ali Zardari are in London currently.Â A day before PM Nawaz departed for London for a routine medical check-up,Â Senator Aitzaz Ahsan claimed that Premier Nawaz was actually going to London to seek Asif Zardariâ€™s support amid oppositionâ€™s demand for his resignation following Panama Papers leak.

â€œNawaz Sharif is going to London to pay a visit in the court of Asif Zardari,â€ Ahsan told journalists outside the Parliament House.Â However, he warned that if his party bailed the prime minister out, it would suffer politically. â€œI will convey my views to PPP Chairman Bilawal Bhutto and Co-Chairman Asif Zardari,â€ Senator Ahsan added.

A spokesperson for Nawaz Sharif was quick to rebut the claim. â€œThe prime minister did not express a desire to meet the PPP leadership during his upcoming London visit,â€ Mussadek Malik said in a statement. No such meeting is scheduled, he added.

Further dispelling rumours, Interior Minister Chaudhry Nisar on Wednesday announced there is no secret meeting planned for PM Nawaz in London and he has gone to the UK for a medical treatment.

â€œFor the last three weeks, his health has deteriorated for which the prime minister had to travel,â€ he said, while speaking at a press conference in Islamabad.

â€œIn this country some people cannot even get ill as rumour-mongers keep on politicising the issue.â€

The prime minister departed for London on Wednesday for a â€œroutine medical checkup, which was repeatedly postponed due to his official engagements over the past few monthsâ€. 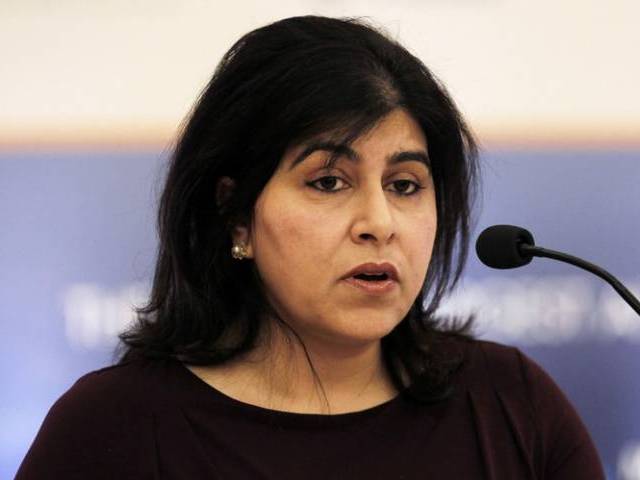 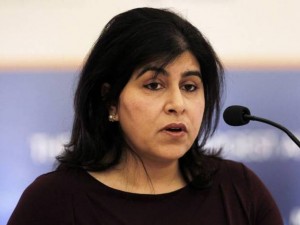 The Islamic State has named British-Pakistani baroness Sayeeda Warsi, the first Muslim woman to sit in the United Kingdomâ€™s cabinet, on a â€œkill listâ€, while describing her as a â€œpolitically active apostateâ€.

The article warned: â€œIf figures such as Warsi and Javid are caught before they repent, then there is no amnesty for them and theirs shall be a painful and fatal punishment.â€

Republican Keith Ellison, the first Muslim to be elected to the US Congress, was also named in the magazine.

â€œDaesh is a collection of liars, murderers, terrorists and rapists. No Muslim I know recognises what they preach as Al-Islam,â€ he said in a statement.

Clintonâ€™s campaign declined to comment on the threats, according to the Independent.

Despite the fact that high-profile figures have been named in the list for publicity, â€œthe threat is expected to be taken seriously by the Home Officeâ€, the Independent reported.

A Member of U.K Parliament has demanded to debate in Parliament over Asad Shah who was murdered by the extremist over religious hate.

Ahmadi shopkeeper was killed in a â€œreligiously prejudicedâ€ attack in Glasgow last month.

Mr. Shah, 40, belonged to the minority Ahmadiyya sect of Islam which has faced persecution from other Muslim groups in countries like Pakistan and Indonesia. â€œWhen the House rose for summer recess, that evening a local shopkeeper Asad Shah in my constituency was tragically killed.

â€œHe was a much loved gentle and friendly man. He will be sorely missed by many in the south side of Glasgow

â€œHe was also a member of the Ahmadiyya muslim community and the police have identified there is religious aggravation behind the killing.

â€œCan we have a debate on the persecution that the Ahmadiyya community face in this country and around the world and also discuss what the government is doing to tackle this cancerous form of sectarianism?â€

In reply, Chris Grayling, Leader of the House said he was well aware of the religious community Mr Shah came from and he praised its work.

â€œI know the good work they do in our country, I know the positive role they try to play in our community. I know the way in which they want to bridge gaps between different communities in this country.

â€œThe fact before his death he had published a message of goodwill to Christians is a sign of what a Valuable part of our community the Ahmadiyyas are.

â€œThey are persecuted around the world we should always be willing to be their defenders.â€

Another member of the UK ParliamentÂ Siobhain McDonaghÂ has also spoken out against the brutal murder of Asad Shah. Siobhain who is the chair ofÂ All-Party Parliamentary Group for the Ahmadiyya Muslim CommunityÂ hasÂ requestedÂ a meeting with the British Home SecretaryÂ to discuss the murder of Mr. Shah, and how to prevent violence against Ahmadi Muslims in the UK. 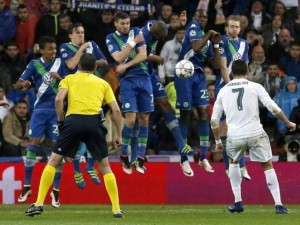 World, top football player and Real Madrid star Cristiano Ronaldo, who scored a hat-trick on Tuesday to push his Spanish La Liga club into the semifinal of the Champions League, revealed the trick behind his third goal from a free-kick.

Before he settled himself for the free-kick at the Santiago Bernabeu, Madrid keeper Keylor Navas ran up to Ronaldo in order to give him some advice.

The Portuguese national said Navas told him to slow down his run up for the free-kick and put less power in the kick.

â€œWe train together,â€ said Ronaldo. â€œAnd heâ€™ll kill me for telling you, but he said that I should take it slowly, not run at full pelt because he knew Iâ€™d score.â€

Earlier, after the 3-0 rout, Ronaldo said he was expecting some magic against Wolfsburg.

Ronaldo has now struck 46 goals in all competitions this season, meaning he has 45 or more in each of his last six seasons for Madrid.

â€œGoals are in my DNA and I want to keep scoring them for the team,â€ he added.

â€œConsidering this has been a bad season for me it has not been that bad. People can criticise me, but I just keep on going and the numbers are there for all to see. I am very happy and with a month left of the season I can get even better,â€ he said. 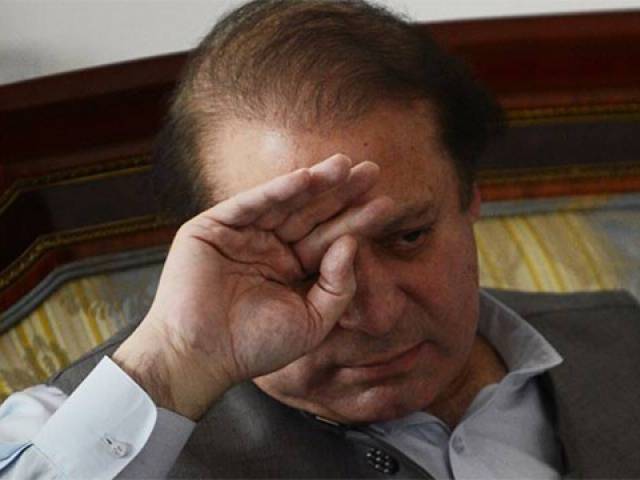 People of Pakistan should decide about the resignation of PM Nawaz; USA 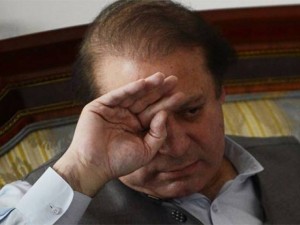 â€œThese are decisions that the Pakistani people have to make, and weâ€™ve talked about this before,â€ US State Department spokespersonÂ John Kirby said.

Clarifying the US takes corruption â€œvery seriouslyâ€, Kirby said, â€œBut in terms of this particular case, I mean, these are decisions that the Pakistani people have to make.â€

â€œSeparate and distinct from that â€“ and Iâ€™m not talking about this specific case â€“ the Secretary has also been very clear about the dangers of corruption around the world and what that does to fuel extremism and to increase economic instability and the corrosive effect that it can have on entire societies. So corruption is something we obviously take very seriously,â€ Kirby told media men during his weeklyÂ briefing.

While a controversy spurred by the Panama Leaks is gathering steam, Pakistanâ€™s opposition parties appear to be divided over a demand for Prime Minister Nawaz Sharif to step down until a judicial commission investigates the claims his family has secret offshore holdings.

It has also called for an inquiry by the incumbent chief justice of Pakistan (CJP) into the Panama Papers expose.

Referring to Pakistanâ€™s stance on the war against terror and silencing doubts about Pakistanâ€™s biases towards certain terrorist groups, Kirby said, â€œWeâ€™ve been consistently clear with the highest levels of the Government of Pakistan that it must target all militant groups, including the Haqqani Network, al Qaeda, Lashkar-e Tayyiba.

â€œAnd the government of Pakistan itself, has repeatedly said itâ€™s not going to discriminate against a terrorist group regardless of their agenda or affiliation,â€ he said, while referringÂ to a declassified US government documentÂ suggesting Pakistani link to attack on CIA agents.

Pakistani intelligence officer paid $200,000 to an extremist network to facilitate a deadly suicide bomb attack on CIA operatives at a base in Afghanistan in 2009, according to a declassified US government document obtained by an independent research group.

The heavily redacted document obtained by the National Security Archive, a nongovernmental research institute at George Washington University, suggests that Pakistanâ€™s spy agency, the Inter-Services Intelligence directorate, and the Haqqani network were involved in facilitating the attack. 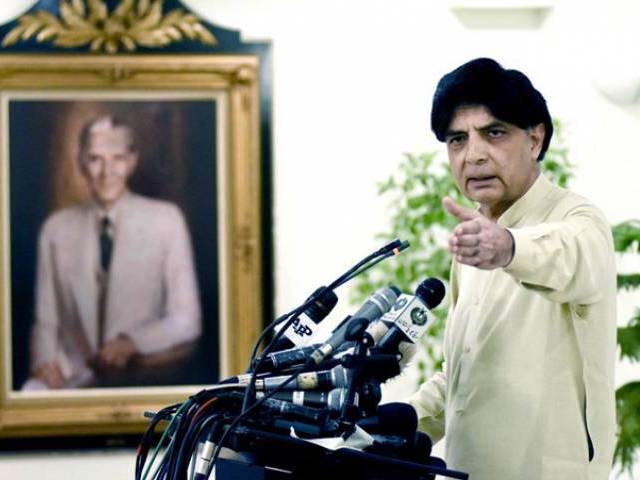 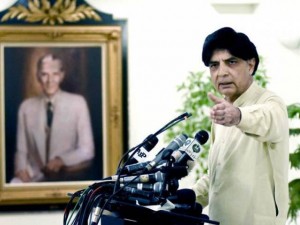 ISLAMABAD:Â The interior minister Chuhdhary Nisar Ali Khan has asked opposition parties to negotiate for making the judicial commotion over panama leaks after a wide spread and unanimous protest after the Panama leaks revealed the facts about the corruption of Nawaz faimly.

Remember Nawaz Sharif is under a huge pressure by Imran Khan and opposition parties and have travelled to London for treatment where he is likely to meet Zardari seeking political support.

â€œThe prime minister has been facing heart problems for the past many years and this issue had exacerbated in the past two to three months. He has gone to London for medical treatment,â€ Interior Minister Chaudhry Nisar Ali Khan told a press conference.

Panama Papers, a trove of over 11.5 million documents, had revealed that Prime Minister Nawazâ€™s three children were among the thousands of wealthy people from across the globe, who had stashed away their money in offshore companies. â€œLetâ€™s sit together and write down terms of reference (TORs) detailing scope of the commission and its mandate as the issue will only be resolved through consensus instead of levelling allegations and counter allegations,â€ he added.

â€œThe government is ready to take every step but unfortunately, opposition is trying to a make a political issue [out of the scandal] for political point-scoring,â€ he said, adding that â€œIt seems there is a specific agenda to remove the government through undemocratic ways in the name of Panama Papersâ€ â€œIf the PTI workers tried to enter the Red Zone then the administration will take action and in case of any injuries and causalities the PTI will be responsible,â€ he said.