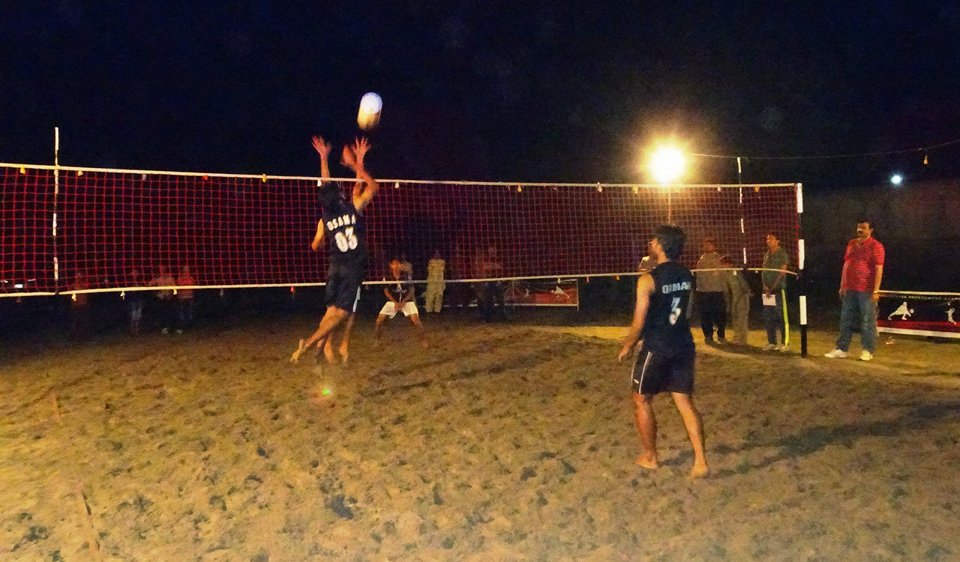 Majlis Khudam Ul Ahmadiyya Maqami organized All Rabwah beach volleyball tournament in which a large number of players took part in the competition. The final was played at night under lights. All the matches were played in Dar Ul Nusrat 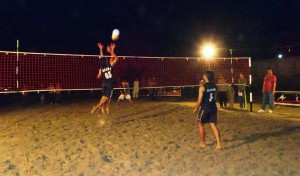 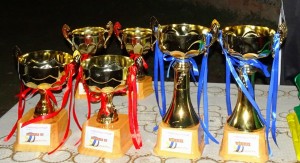 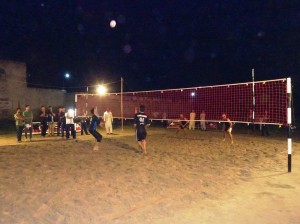 Fazal E Umar Soccer League; The final squads have been picked by the captains and team managements 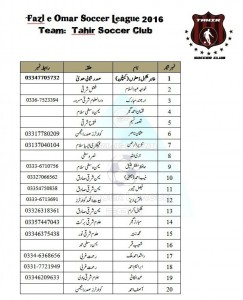 The second season of Fazal E Umar soccer league Rabwah is about to start and teams have been picked by the captains and team managements. According to the details, seven teams are taking part in the tournament and every team is comprises 15 members and a manager and coach. The logos flags and kits have also been decided and action will be starting soon. 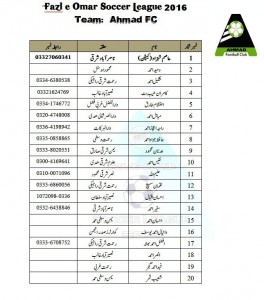 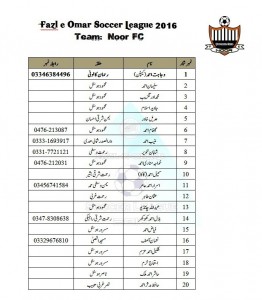 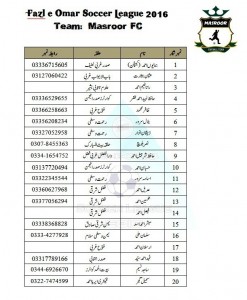 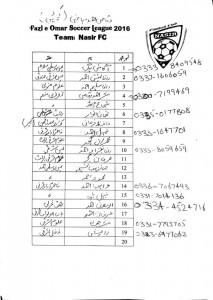 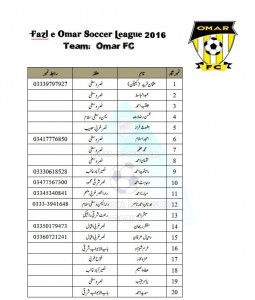 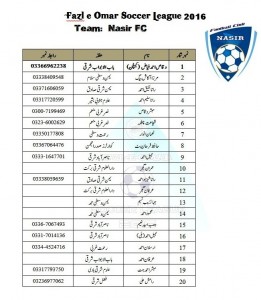 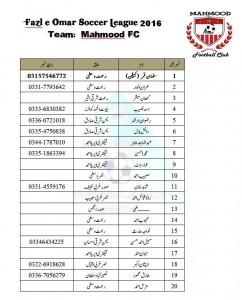 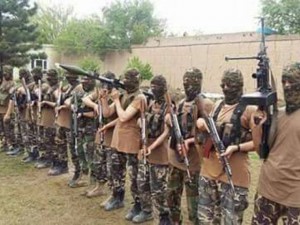 The Afghan Taliban have announced Tuesday the start of their â€œspring offensiveâ€ even as the government in Kabul tries to bring the insurgents back to the negotiating table to end their drawn-out conflict.

The Taliban said in a statement they would â€œemploy large-scale attacks on enemy positions across the countryâ€ during the offensive they have dubbed â€œOperation Omariâ€ in honour of the movementâ€™s late founder Mullah Omar, whose death was announced last year. â€œThe offensive codenamed â€œOmar Operationsâ€ started at 5:00am,â€ the Taliban leadership said.

â€œWith the advent of spring it is again time for us to renew our Jihadi determination and operations. Hence the Islamic Emirateâ€™s leadership eagerly announces this yearâ€™s Jihadi Operation in honour of the movementâ€™s founder and first leader, the late Amirul Muâ€™mineen Mullah Muhammad Omar Mujahid,â€ the statement read.

The Council said the operation will result into â€œstrategic victories and cleanse the country from the presence of the remaining foreign invaders and their malignant and corrupt rebel servants.â€

It is widely believed, an increase in Taliban violence could further complicate efforts for peace and reconciliation in the war-torn country. International players and Afghan leaders are deeply concerned at the possible intensification of fighting this year.

The Taliban statement said â€œOperation Omariâ€ was initiated and planned by the groupâ€™s leadership, the leaders of the military commission as well as their military planners. â€œSimilarly the operation will employ large scale attacks on enemy positions across the country, martyrdom-seeking and tactical attacks against enemy strongholds, and assassination of enemy commanders in urban centers. The presentoOperation will also employ all means at our disposal to bog the enemy down in a war of attrition that lowers the morale of the foreign invaders and their internal armed militias,â€ the statement said. 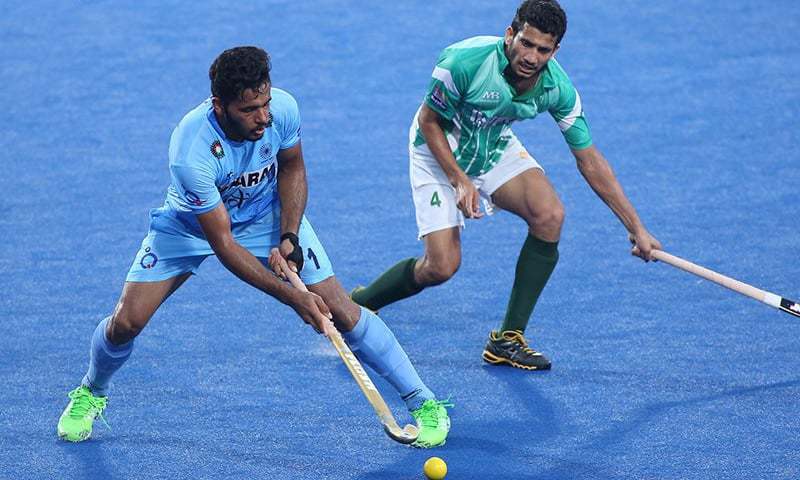 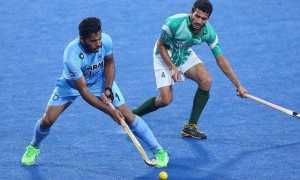 Pakistan continues its worst form in the field of hockey as India beat Pakistan hockey team with five goals to one in Azlan Shah Hockey tournament. Pakistan has received third straight defeat in their last three matches.

After wining the first match of the tournament under the captaincy of Muhammad Imran Pakistan faced defeat against Australia and New Zealand following a shameful defeat by the hands of India 5-1.

India took the lead in the 4th minute of the match and continued its dominance throughout the match. Pakistan came back after first goal as Muhammad Imran the captain equalized the score line in the 7th minute. But after that it was one sided match and Pakistan could not resist the rest of the match.

Sunil added another goal to his tally in the 10th minute while Talwinder Singh (50) and Rupinder Pal Singh (54) scored one each in a clinical display by India.

Pakistan are currently placed at the 6th spot on the table and with two more games to play against Malaysia and Japan, they need a dramatic turnaround to ensure a 3rd-4th place bronze medal playoff. 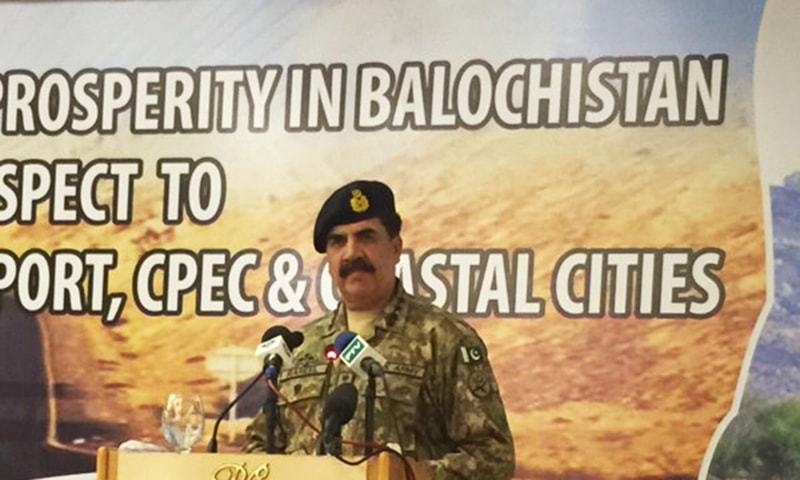 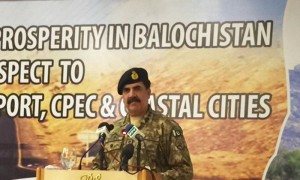 Chief of Army Staff General Raheel Sharif has said that Indian ajency RAW is directly involve in destroying peace and de establishing Pakistan. He gave this statement in his speech to the seminar of peace and prosperity held in Guader.

Let me make it clear that we will not allow anyone to create impediments and turbulence in any part of Pakistanâ€™â€™, added General Raheel Sharif.

He insisted those intricate in such actions to leave the approach of clash and focus on cooperation instead.

â€œIt (CPEC) will bind all these nations together and bring about an economic transformation through enhanced connectivity,â€ said Raheel Sharif. â€œI take pride in mentioning the strong resolve and sacrifices offered by the people, intelligence and law enforcement agencies, and our gallant armed forces.â€

â€œOperation Zarb-i-Azb is not just an operation, but a wholesome concept. It ultimately aims at breaking the syndicate of terrorism, extremism and corruption,â€ emphasised the chief of army staff.

On the occasion he also urged to international community to not only acknowledge Pakistanâ€™s successes and sacrifices, but also come forward in blocking external help to terrorist organisations and their facilitators, abettors and financiers. â€œWe look forward to the emergence of modern infrastructure, special economic zones, health facilities and universities which will bring enduring benefits for our people.â€

He also emphasised on the sustainability of the project, which would only come with good management and transparency.

â€œIt is pertinent to mention that, though Gwadar is central to the broader conception of CPEC, the corridor itself ranges from Western China to the plains and coasts of Pakistan and promises to bring prosperity to the remotest areas of Pakistan from Gilgit-Baltistan to Balochistan.â€ said General Raheel.