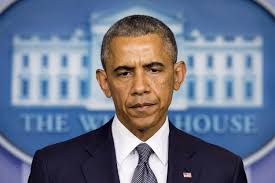 The President of USA has accepted the responsibility of mishandling the Lydia war and has called it the worst mistake of his tenure as president.

He admitted that the death of former president of Lybia Moamer Kadhafi took Lybia on the verge of chaos and it was happened because of lack of planning and faulted information.

In an interview to a media house Obama asked a question on Sunday to name the â€œworst mistakeâ€ of his presidency, the US president said it was â€œprobably failing to plan for the day after what I think was the right thing to do in intervening in Libya.”

Obama has frequently acknowledged that the United States and its partners could have done more to stop Libya’s descent into chaos following the NATO-backed rebellion that led to Kadhafi’s ouster and killing in 2011.

He uttered guilt over the management of the aftermath in a long interview with a magazine last month, calling the condition in Libya â€œa mess.”

The head of a UN-backed unity government arrived earlier this month in Tripoli to begin garnering support for his administration.

And his biggest accomplishment? â€œSaving the economy from a great depression.”

And his best day in the White House? â€œThe day that we passed health care reform,â€ Obama said.

â€œWe sat out on the Truman Balcony with all the staff that had worked so hard on it and I knew what it would mean for the families that I’d met who didn’t have health care.”

â€œWhen asked what he most looked forward to upon leaving office next year, Obama replied: â€œBeing able to take a walk outside.”