The Chehlum of Mumtaz Qadri will not held 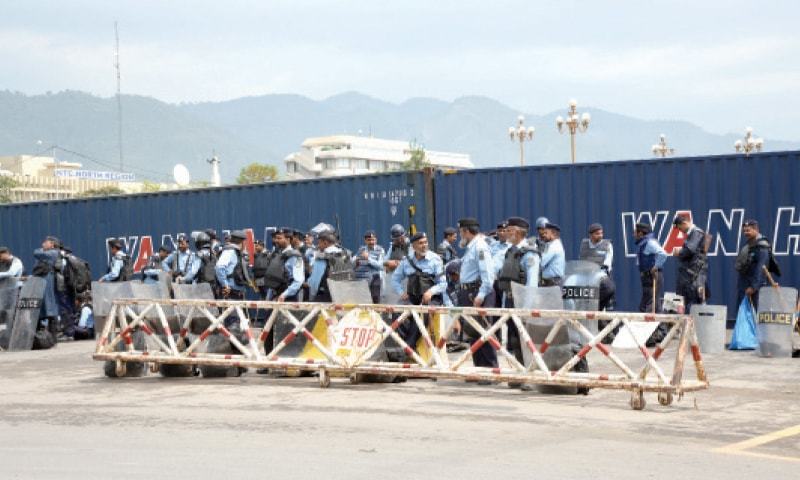 After a 4 days long protest on Qadri hanging, the brother of Qadri has declared that there will be nu Chehlum of Mumtaz Qadri as it have been taken place already by the religious parties.

Remember that religious parties have held the chehlum of Qadri after 27 days of his hanging whereas chehlum is organized on the 40th day of a death.

Brother of Qadri Malik Dilpazeer announced the decision in a press conference.

â€œWe held the chehlum jointly and the reports in social media about divisions among religious parties and family of Mumtaz Qadri are baseless. We have decided to observe the death anniversary of Mumtaz Qadri on March 1 every year. But on every Monday, we will arrange special prayers at his grave,â€ he said.

However, he said a group of religious parties had formed a political party, Tehreek Labaik Ya Rasoolullah. â€œWe have decided to register the party and launch a campaign for membership,â€ he said.

Mr Awan said they had no links with elements responsible for damaging public and private property in Rawalpindi and Islamabad after the chehlum of Qadri on March 27. â€œBut we would participate in any movement launched by any political party over Panama Leaks,â€ he said.

Shahdab Rizvi said the government fulfilled its promise of releasing 95 workers of his party. He said 10pc of the arrested workers were released on bail while cases against the others were being discharged.

In an anticipation of the chehlum and a protest rally to D-Chowk in Islamabad by the supporters of Qadri, the Red Zone of the capital was partially sealed on Saturday.

The Chehlum of Mumtaz Qadri