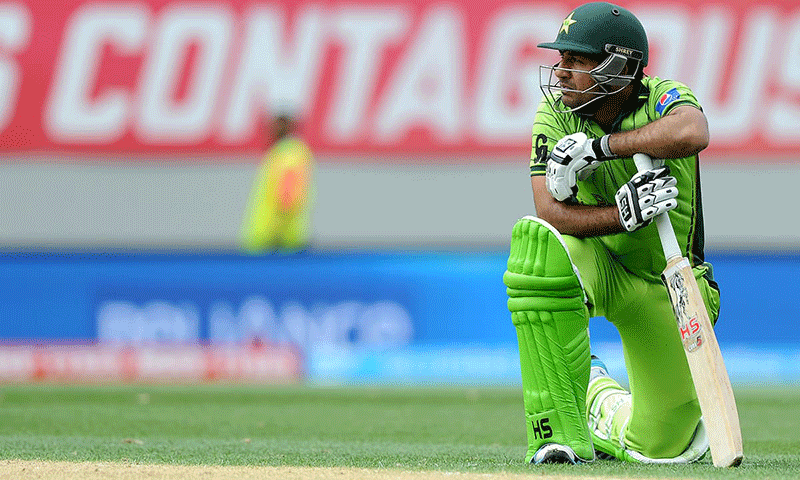 Former Pakistan captain and Head coach Waqar Younis has said that Sarfraz should be given time to settle with team and conditions as a captain to perform well in the future. Remember that Waqar resigned as the coach of Pakistan cricket team a few days ago and Sarfraz was made the captain of t 20 team after a disappointed performance in world t20

Former Pakistan head-coach Waqar Younis said that Sarfraz Ahmedâ€™s selection as the new Twenty20 captain will not generate a intense improvement and has urged the backers to give the wicketkeeper time to found himself as a leader.

Sarfraz was named the T20 captain by the Pakistan Cricket Board (PCB) soon after.

â€œNow Pakistan have named Sarfraz Ahmed as captain for T20s. Don’t expect that he will come and perform miracles,â€ said Waqar in an interview.

“Captaincy adds a lot of pressure. We need to allow him time to settle,â€ he added.

Remember that 44 year old Waqar has worked as a coach of Pakistan team two times and four different captains in 2010 to 2011 and 2014, namely Salman Butt, Shahid Afridi, Misbah-ul-Haq and Azhar Ali.

â€œMy relationship with Misbah was excellent, because he has a great temperament for cricket,â€ said Waqar.

â€œWhen you sit with him, he can talk about cricket for hours.

â€œI think when you are a captain, you need to absorb a lot of things from the coach,â€ Waqar added.

â€œI also had a great relationship with Salman Butt and if that unfortunate [spot-fixing in 2010] situation had not happened, perhaps neither Misbah nor Afridi would have been captains,â€ he said.

Waqar, who picked 373 Test wickets for Pakistan, on the other hand, maintained his views on Afridi.

â€œShahid Afridi’s drawbacks as a captain are for everyone to see. He’s got a temperament issue,â€ he said.

â€œHe cannot sit for too long to highlight things or absorb things and then go and implement them.

â€œMisbah, on the other hand, is a more settled person. He absorbs things, makes plans and executes them – this is what you do