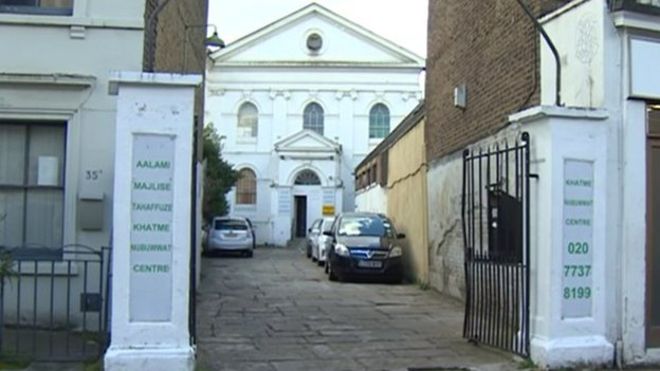 Leaflets in which people have been called to kill Ahmadis have been found in the London mosque.

According to the details a huge number of pamphlets in which all the Muslims have been encouraged to kill Ahmadis if they do not leave their believes have been found from a mosque in Greenland London.

Remember an Ahmadi Asad Shaw was killed a few days ago in UK on the charges of insulting Prophet Muhammad PBUH Â by Tanweer Ahmad who was linked to a religious group. Ahmadi community has always been targeted because of their faith especially in Pakistan.

The pamphlet was written by a former head of Khatme Nabuwwat, a group which lists the mosque as its “overseas office”.

A mosque guardian said he had never seen the brochures before and proposed they were fakes or left there unkindly.

The news has been given in all the big news agancies including BBC.

Minority communities in Pakistan have become targets of sectarian violence, and some fear that could spread to the UK, encouraged by organisations like the Islamic missionary group Khatme Nabuwwat, and others.

Khatme Nabuwwat believes Ahmadis are apostates, commonly defined as people who have abandoned their religion.

Those who refuse to convert to mainstream Islam within three days should face a “capital sentence” – or death penalty, according to the leaflets.

The constitution of Pakistan bans members of the sect from referring to themselves as Muslims.

According to BBC the leaflets, authored by Yusuf Ludhianvi and written in English, were found arranged in piles on a desk next to a shoe-rack, the usual place to display literature in mosques.

Documents from the Charity Commission show Khatme Nabuwwat lists Stockwell mosque in south London as its office, the BBC has also learned.

Four trustees of the charity listed in the documents manage the mosque, while two of the current owners of the mosque run centres affiliated to that group elsewhere in the UK.

The mosque is also listed as an “overseas office” on the group’s website for Khatme Nabuwwat.