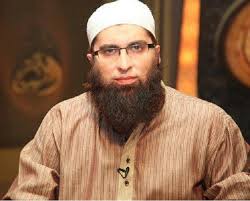 Jamshed took to Twitter on Saturday to announce his resolution to forgive the attackers, who assaulted him after claiming he had committed blasphemy.

Police had recognized three men in linking with the attack, and one of them was arrested on Wednesday.

In a separate tweet, Jamshed called for treating each other with mutual respect “irrespective of our ideologies” and “make Pakistan a safe haven for everyone”.

Junaid was hit by a group of religious group who were furious as they said claimed that Junaid disrespected Hazart Aysha the holy wife of Prophet Muhammad PBUH in a speech. Junaid Jumshaid not only admitted the mistake but also ask all the Muslims to forgive him as he was unaware of the real facts of Islam. However some of the religious groups are not ready to forgive him and even threated him to kill.

Jamshed was attacked at Islamabad airport when he arrived there on a flight from Karachi on March 26, Dawn newspaperÂ reported