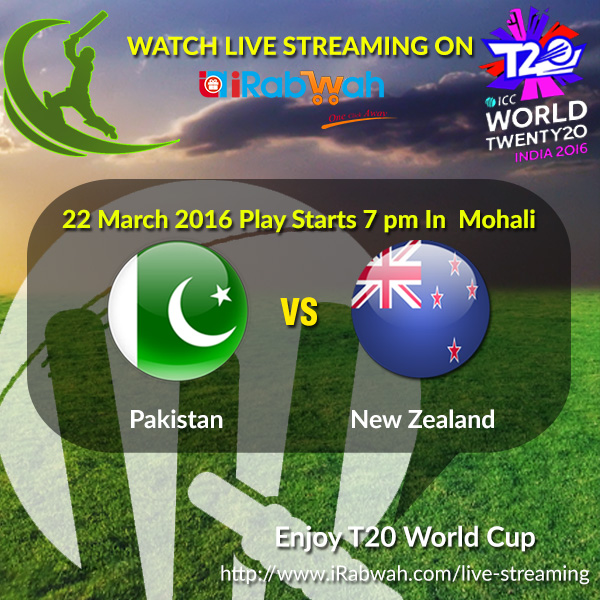 New Zealand the Black Caps who are famous as dark horses in almost every WorldCup are in a different mood in this WCT20 2016. They beat tournament hosts, the favourites India and then followed it by beating their rivals and neighbours in cricket “Australia”.New Zealand will be once again looking to stick with the basics, a win for New Zealand will assure their place in the knockout. NewZealand was playing with 3 frontline spinners in this tournament but against Pakistan in Mohali, the pitch is likely to suit fast bowlers.
On the other hand, Pakistan after a defeat from their neighbours their shoulders will be slightly down but they have to move on because if they loose against New Zealand they are likely to not reach in the knockouts.A big concern for Pakistan will be injuries coming their way. While Muhammad Hafeez having a knee injury and Wahab Riaz is also not feeling a Wahab was struck on the left temporal region above the ear.Once again Pakistan will hope that there batting fired up,and give something for their bowlers to defend if they batting first.
Khalid Latif is likely to replace injured Muhammad Hafeez, and Imad Wasim is likely to receive a call.