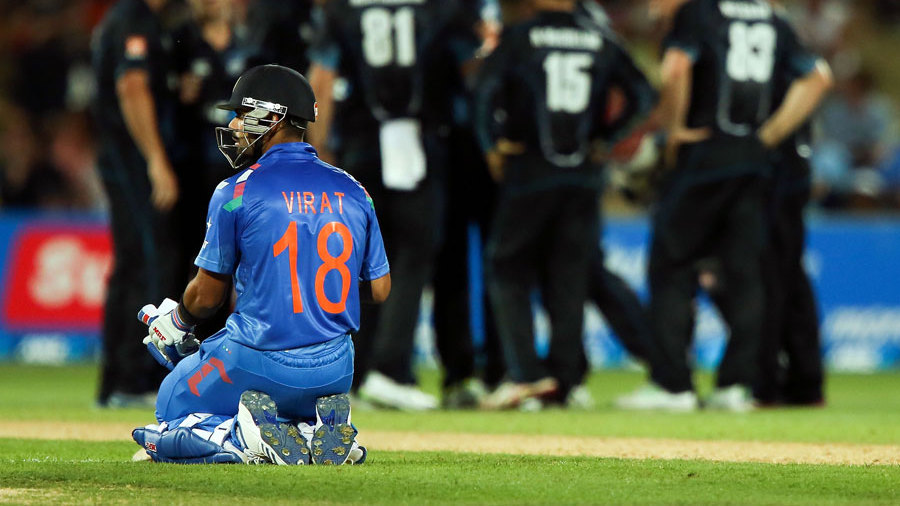 The opening match of the t20world cup 2016Â  for new Zealand and Captain Williamson rested his Strike bowlers Tim Southe and Trent boult instead of them he picked trio spinners ish Sodhi, Nathan McCullum, and young gun Mitchel Santner for duty. The trio has not experienced enough but India has no answer to them what so ever.

New Zealand innings:-Â  After a shaky start new Zealand were reduced to 35 for 3 after 7 overs, Corey Anderson made 34 of 42 balls, he got support from Ross Taylor who made 10 runs, and 18 from Mitchel Santner and at the last a little a little cameo from luke Ronchi who score 11 ball 21 and gave something to bowlers to play with.

India innings:-Â  Newzealand struck in the very first over by picking Shikhar Dhawan got LBW off the bowling of Nathan McCullum and rest of them followed path of opener and the hosts found themselves in spot of bother, Kohli (23 of 26) lone warrior of India who was picked by leg-spinner ish Sodhi, captain Dhoni fought hard for his run-a-ball 30 butÂ  the aggression came too late from Skipper Dhoni.

Mitchel Santner registered his best t20 figures picking 4 wickets for just 11 runs While ish Sodhi (3 for 18) and Nathan McCullum (2 for 15). Spinners picked 9 wickets in the match.