Bangladesh will play against India on Sunday 6th March 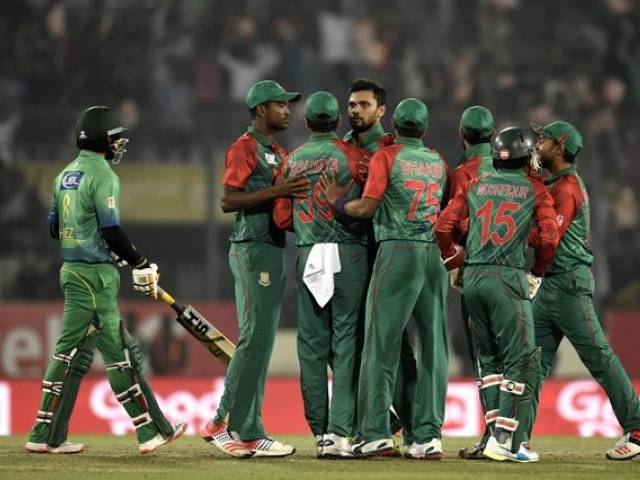 Pakistan has received yet another shameful lost against Bangladesh with five wickets last night and has been eliminated from the Asia Cup whereas Bangladesh has reached into the finals of Asia Cup T20 where it will battle against India for the title.

Last night in the Sher E Bangla Stadium, Pakistan won the toss and decided to bat first. Like all other matches Pakistani batsmen displayed the lowest level of skills in batting and kept losing the wickets on regular bases. In ten overs Pakistan only managed to score 34 runs. Shoiab Malik and Sarfraz tried their best and Pakistan managed to score 129 runs in the 20 overs. Al-Amin Hossain bagged three wickets for Bangladesh while Arafat Sunny was the second best with two wickets in his four overs.

In reply Bangladesh batted very responsibly and reached the target in the second last over of the inning. Like all tournament Muhammad Aamir took two wickets and tried his best but the target was too low to defend.

Bangladesh will fight against India in the final with high spirits whereas Pakistan will play a regulation match against Siri Lanka.