Bangladesh, is in final after beating Pakistan 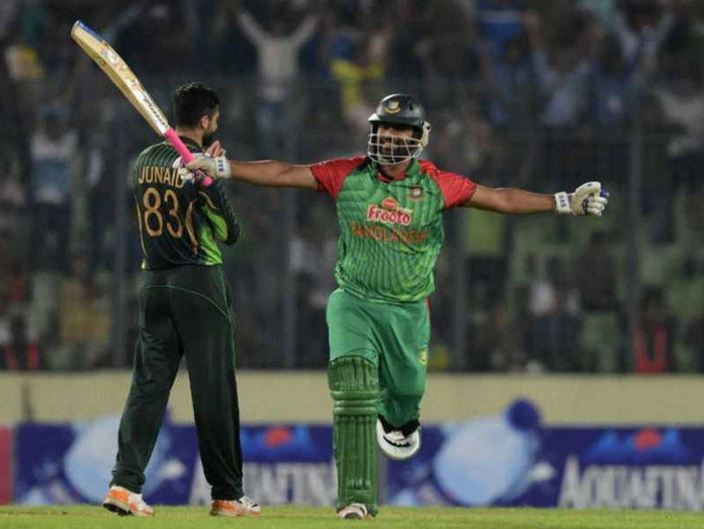 Shahid Afridi after winning the toss in Sher-e-Bangla stadium in Mirpur decided to bat first.

Once again it was shaky start from Pakistani openers as both the openers departs very early in the innings even the experience of Muhammad Hafeez has not come to count and at one stage Pakistan was 17/3. Then it was up to Sarfaraz and Experienced Shoaib Malik to get Pakistan to a respectable total and they did exactly that by ending up Pakistan innings at 129. Sarfaraz was the highest run scorrer for Pakistan.He scored 58 runs and Shahid Afridi once again disappoint his fans by getting out on zero.

While chasing Bangladesh got Â early blow as Tamim departs early in the innings but then Sarkar played responsible innings and made valuable 48 runs after getting bowled on Amir’s yorker. Then it was upto the Bangladesh Captain Â mashrafe mortaza played wonderful innings along withÂ Mahmudullah and wins match for his team.

Bangladesh will see India in final match on 6th march.