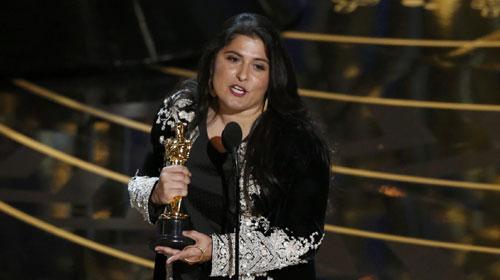 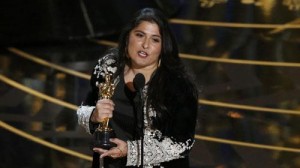 LOS ANGELES: Pakistani filmmaker Sharmeen Obaid-Chinoy has won his second successive Osker award for her short documentary film “A Girl in the River: The Price of Forgiveness”, a film about a Pakistan woman who survived an honour-killing.

This is the second time that the 37-year-old Pakistani filmmaker has won an Oscar award. She before received the award in the same category in 2012 for her documentary â€œSaving Faceâ€.

“This is what happens when determined women get together,” Sharmeen said in her acceptance speech after receiving the award, thanking â€œall the brave men out there, and my husband, who push women to go to school and work.”

The documentary tells the real-life story of an 18-year-old Pakistani girl who survives a brutal by her own family bent on killing her for their â€˜honourâ€™ after she elopes with a man she falls in love with.

“This week the Pakistani prime minister has said that he will change the law on honour killing after watching this film. That is the power of film,” sheÂ said.Â “I think that that’s a win in itself because it’s such a difficult topic and people shy away from it, normally.”