Huge protests in all over Pakistan after Mumtaz Qadri hanging 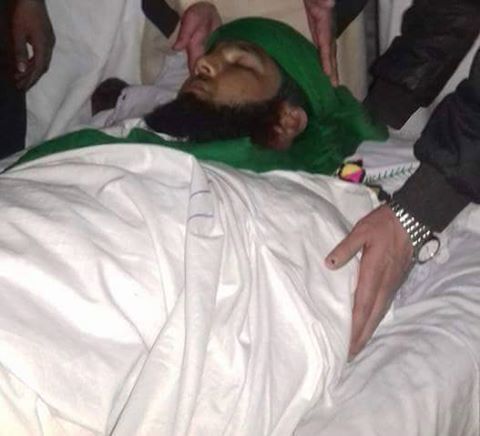 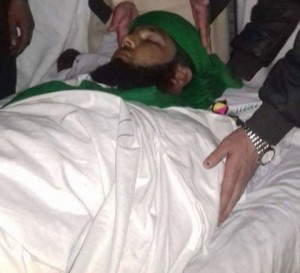 Huge Protests have been spread in the big cities of Pakistan after the Hanging of Mumtaz Qadri on Monday morning in Adiala district jail Rawalpindi for murdering the former Governor Punjab Salmaan Taseer in 2011.Security has been tied in all over Pakistan under the possibilities of violence and protests from religious parties. According to the media news the funeral of Mumtaz Qadri will take place tomorrow 1pm in Liaqat Bagh Rawalpindi.

However large protests have been reported from all over Pakistan. Almost all the big roads in Karachi, Lahore, Faisalabad, Rawalpindi, Islamabad and all the big cities have been blocked. Petrol pumps and shops have been shut down.

Section 144 has been imposed in the provincial capital to counter attempted rallies causing trouble in the city. Ravi Bridge is shut for traffic while heavyÂ contingentÂ of police has been deployed at the site.

Protesters are staging demonstrations at Lahoreâ€™s Shahdara Chowk while in Karachi, Shahrah-e-Faisal is blocked. Ghareebabad area of Sindhâ€™s capital also witnessed protests and road leading to Liaquatabad from Hassan Square was closed for all kinds of traffic.

Route of the LahoreÂ s metro has been restricted to M.A.O College due to the ongoing fracases in different areas.

MetroÂ bus serviceÂ is suspended in Rawalpindi as protesters have blocked the route and shut the key terminal.Â Flocks of people have also shut expressway and Faizabad bridge that connect the city with the federal capital.

Workers of Sunni Tehreek (ST) demonstrated protest in Sindhâ€™s Hyderabad against Qadriâ€™s execution. Schools and shops were forcefully shut across the city.