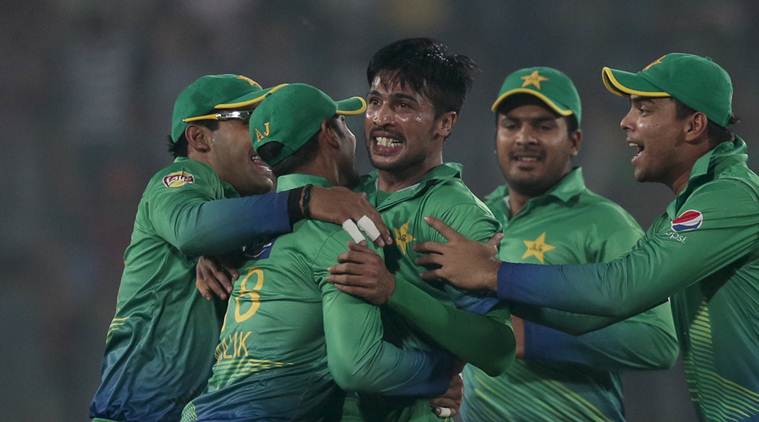 Asia Cup; After facing a disappointed win against arch rival India Pakistan will take on the relitivly weak team of UAE today. Â Confident Pakistan players are all set to face United ArabÂ EmiratesÂ (UAE) in sixth match of current Asia Cup at Shere Bangla National Stadium in Mirpur today.
The green shirts will step onto the pitch with passion to seal their first victory in the tournament.Â The match will start at 6:30 PST.

Talking about the key batsmen in both teams, Pakistanâ€™s Mohammad Hafeez has played 72 T20 matches so far and smashed 1518 runs while Rohan Mustafa in UAE has hit 228 runs in 14 T20s until now.

On bowling side, Pakistanâ€™s energetic Mohammad Amir is ready to stun the Aaqib Javedâ€™s team but the UAE have all the hopes with experienced Mohammad Naveed who has sent 19 players to pavilion in 12 T20 only.

Earlier, Pakistanâ€™s batsmen struggled against Indian pacers and spinners and failed to put on partnerships as most of the batsmen fell due to lose shots.

As usual, it was the bowling that was the bright spot during their loss to India. Mohammad Amir and Mohammad Sami bowled beautifully and were ably supported by Irfan and Wahab Riaz.

UAE on the other hand had lost both theirÂ gamesÂ in the Asia Cup, and will need a win here if they are to remain in the competition.