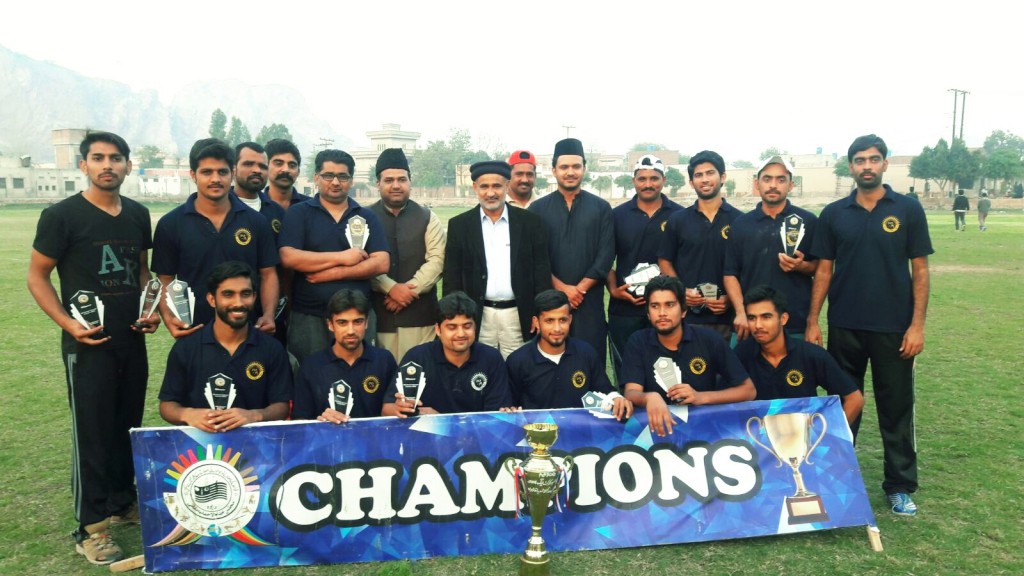 Team Nasir are the champions of Masroor Cricket league 2016. Final of Masroor Cricket league 2016 was held at Dar-Ul-Yaman ground. Team Nasir played there final match against Team Mehmood. Team Mehmood elected to field first. Team Nasir scored 99 runs in 8 Overs under the captaincy of Waqas Ahmad Fayaz. Zubair Arshad was the top scorer. He played an astonishing innings of 52 runs and he took 3 wickets. In Order to chase 100 runs Team Mehmood fought very well by scoring 98 runs but they lost the match. In the end the Chief Guest distributed trophies among the winners.

Man killed his mother due to domestic quarrel

According to resources “Naeem Ahmad” the murderer has done marriage with a girl living abroad but unfortunately the marriage did not last long, and she took divorce after some time. Naeem thinks that it was his mother’s hand behind his divorce Â so that why he killed her. He was lonely brother of her four sisters.

Remember, the culprit was a resident of muhalla Naseerabad Sultan.