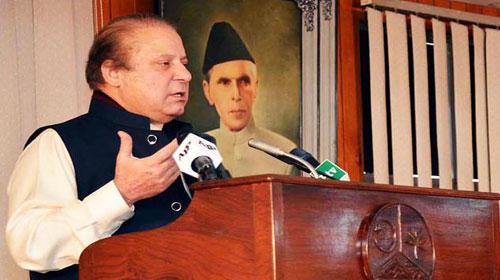 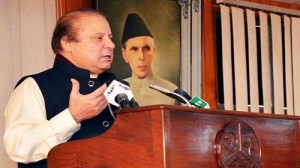 BAHAWALPUR: Prime Minister Nawaz Sharif on Tuesday has given a warning to the National Accountability Bureau (NAB) to stay â€œwithin limitsâ€ and stop harassing to the government workers or action will be taken against it.

Addressing his party workers here, the prime minister said NAB must work its responsibilities sensibly. â€œThey (NAB officials) barge into houses and offices of innocent people and harass them without looking into the authenticity of cases,â€ the premier said.

Nawaz said the NAB officials disgrace people in illegal cases, cause interferences and annoy and frighten government administrators. â€œI have brought this issue to the NAB chairmanâ€™s notice. He must take corrective measures or the government will initiate necessary and legal action,â€ he cautioned.

In his address, the prime minister promised to reinforce and authorize native governments to resolve public issues. â€œPeople have pinned great hopes on their local representatives and they will be fully empowered to serve the masses,â€ he further said.

â€œThe duration of load shedding has been reduced across thecountry as the government has launched several projects to overcome the energy crisis,â€ the PM said. He said lying was justified when there was a threat to oneâ€™s life; however, he had never lied. He said he did not believe in politics based on lies; however, politicians these days tell nothing but lies. â€œIt is not in accordance with the democratic norms that people elect a leader and another party topples his government,â€ he added.