The local government on Indonesian Island of Bangka is currently expelling members of the Ahmadiyya Muslim Community, after it issued a letter demanding that they either convert to Sunni Islam or face expulsion.

The letter, dated Jan. 5 urged members of Ahmadiyya Muslim Community in the Srimenanti subdistrict, Sungailiat district, to convert to the mainstream Sunni teachings of the Indonesian Muslim majority or face expulsion from the regency. It also stated that JAI (Jammat e Ahmadiyya Indonesia) was forbidden from spreading its teachings in the regency.

Members of Ahmadiyya Muslim Community in Bangka were forced to leave their homes by Bangka Regent on Friday, February 5, 2016. The Regent made his decision based on a Joint Agreement signed by three ministers. 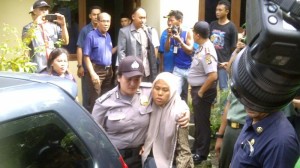 The regencyâ€™s decision outlined in the letter was based on a meeting with the Religious Community Harmony Forum (FKUB) on Dec. 14, last year. The meeting was attended by the leaders of the local chapters of the Indonesian Ulema Council (MUI), Nahdlatul Ulama (NU), Muhammadiyah, the Bangka Police chief, the district chief and a representative from JAI. In the meeting, the Bangka police chief and the district chief all called for the expulsion of Ahmadiyya followers.

Bangka Regent Tarmizi H. Saat had asked members of the Ahmadiyya congregation to move out from their premises located in Sri Meranti Village, Bangka by February 5, 2016. 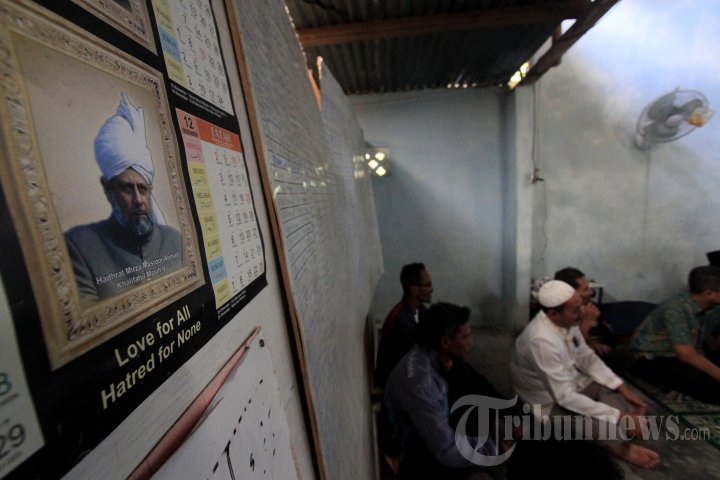 On February 5, 2016 11 Ahmadis left their homes while nine stayed behind in Srimenanti. Out of 11 people that moved out, two were male while the others were women and children. The nine other people who still remain in Srimenanti sub-district are living in the Ahmadiyya Secretariat Office.

Indonesian Ahmadiyya Congregation (JAI) spokesman Yendra Budiana said â€œThey are not free, these people are not allowed even to return to their homes for safety reasons.â€

He added â€œAhmadiyya did not receive any letter in relation to the Bangka regional governmentâ€™s order to leave the village by Friday, February 5, 2016. The community was also not allowed to meet with the Regent or other government representatives.â€ 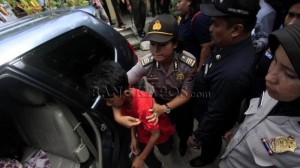 Ahead of the eviction, the children received written death threats sayingÂ â€˜Â you son of Ahmadiyya will be killedÂ â€˜ along with an image of a slit hand.Â Ilma said, Due to these threats children areÂ frightened. Out of the 10 Ahmadi children we talked to, two have suffered severe trauma due to the eviction and death threats.

Ilma says, the children had now been evacuated to aÂ safe house under theÂ careÂ of the Ahmadiyya Muslim Community.

â€œThe kids areÂ in a condition where they do not understand, why people hate their family and why their friends are threatening to kill them.â€ he said.

Background of the Bangka Incident 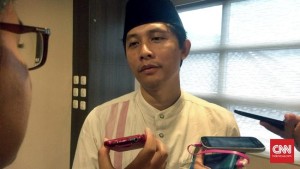 â€œIt began with ID card issue, and then moved to the issue that Ahmadiyya had violated Joint Ministerial Decree and had been accused to have caused unrest among other residents,â€ Yendra said at a press conference at Lynt Hotel, Petojo, Jakarta, on Monday, February 8, 2016.

Yendra said that the Ahmadiyya community in Srimenanti village had been having difficulties in obtaining ID card since 2015. According to Yendra, the head of the village was reluctant to issue ID cards for members of the community due to pressures from certain groups.

â€œThe government should protect the rights of citizens and promote dialogue among people, instead of getting involved in the conflict and making it worse,â€ Indonesian Ahmadiyya Congregation (JAI) spokesman Yendra Budiana said on Sunday. 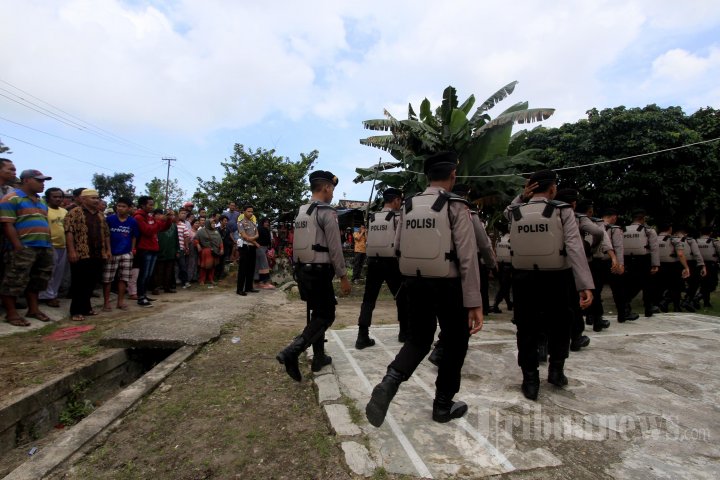 Yendra said that Ahmadis in West Nusa Tenggara, East Java, Central Java and West Java had experienced similar treatment.
He cited as an example around 5,000 Ahmadis living in Kuningan, West Java, who often encountered problems when applying for IDs and getting married.

New York based Human Rights Watch issued a statement on Sunday urging the Indonesian government to immediately intervene to protect members of the Ahmadiyya from intimidation and threats of expulsion.

â€œPresident Joko Widodo needs to immediately intervene to uphold the rights of the Ahmadiyya and to punish officials who advocate religious discrimination.â€

History of Ahmadiyya persecution in Indonesia

The persecution of Ahmadis increased in 2001, when some local residents of East Lombok subdistrict in West Nusa Tenggara declared the Ahmadiyya belief as a heresy. The members of the religious minority were banned from obtaining an education, and some have become internally 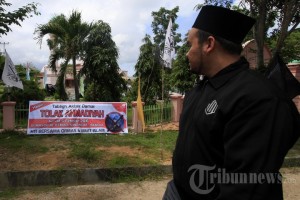 displaced since they have been expelled from their homes. Around 30 Ahmadiyya families are still living in a government sanctuary in West Nusa Tenggara.

InÂ June 2008 the government of then-president Susilo Bambang Yudhoyono signed a decree ordering the Ahmadiyya community to â€œstop spreading interpretations and activities that deviate from the principal teachings of Islamâ€. Those who violate the decree can face up to five years in prison. Following the decree, militant Islamists launched several violent attacks on Ahmadiyya followers including an attack in Cikeusik in February 2011 in which three Ahmadis were killed.

During Yudhoyonoâ€™s decade in power, militant Islamists, with the complicity of local police and government officials, forced the closure of more than 30 Ahmadiyya mosques.

In 2011, West Java Governor Ahmad Heryawan banned the Ahmadiyya in Tasikmalaya from praying in their own mosque. Similar rules were subsequently imposed in other provinces, including East Java.

â€œOur communities thrive when residents have respect and empathy for everyone around them, and those qualities are built through ongoing conversations,â€ said Senator Cardin. â€œLately, there has been far too much inflammatory and inappropriate rhetoric about our Muslim neighbors emanating from the presidential campaign trail, which is why I feel that now is an important time to join together with leaders from across Marylandâ€™s Muslim community to discuss shared concerns.â€

â€œIt is energizing to sit down with our political leaders to discuss the important issues surrounding the religion of Islam,â€ said Sean Stinnett, President of the Maryland Muslim Council. â€œIt is the expectations of the Maryland Muslim Council that we will continue these type of discussions, while educating non-Muslims on the contributions the Muslim community have made towards our society.â€

In the wide-ranging forum with Muslim leaders from throughout the state, Senator Cardin discussed numerous domestic and international issues, ranging from ways to reduce radicalization and hate in the U.S. to the promotion of stability abroad, specifically in the Middle East. Several participants and Senator Cardin spoke passionately about the need to combat the Islamic State and to find a peaceful resolution to the conflict in Syria, while alleviating the ongoing refugee crisis.

â€œTo me, ensuring our national security starts with protecting core American values of democracy, inclusion and tolerance,â€ said Senator Cardin. â€œIt is critical that we never stop working to create a society in which all minorities are ensured full participation in every facet of lifeâ€”politically, economically, educationally, culturally and beyond. It is absolutely essential for us to have a functional government and society that everyone from all walks of life is as involved and represented as they would like to be.â€

Senator Cardin underscored this point by discussing the need to immediately end the use of discriminatory profiling in the law enforcement process. â€œProfiling is ridiculously costly, completely unnecessary and patently un-American,â€ said Senator Cardin. â€œAs I have done in the past Congresses through the End Racial Profiling Act and BALTIMORE Act, I will continue to work to advance a legislative solution that forever outlaws the use of discriminatory profiling by law enforcement.â€