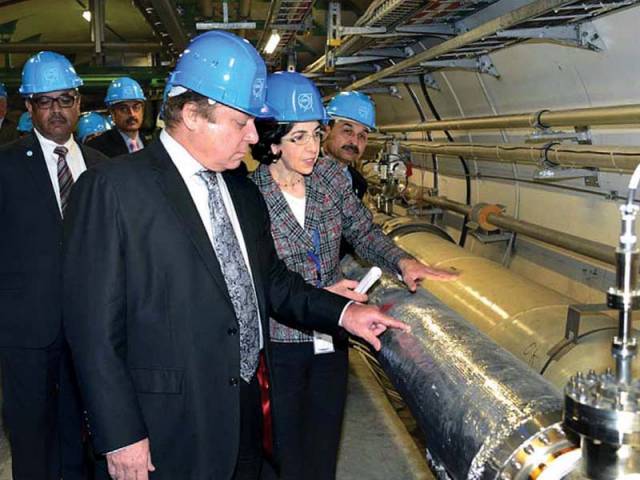 PM Nawaz gave this statement on the occasion of his visit of the European Centre for Nuclear Research (CERN) in Geneva.

â€œDr Abdul Salam was a great Pakistani and the nation was proud of his achievements.â€

He also praised the efforts of Pakistani scientists for their outstanding contributions.

Speaking to the Pakistani students at CERN the Prime Minister said:

â€œPakistan considers it a matter of pride for becoming an associate member of CERN last year, especially as it was the first non-European country to have achieved this milestone.â€

Remember that Pakistan became associate member of CERN on 19 December 2014.