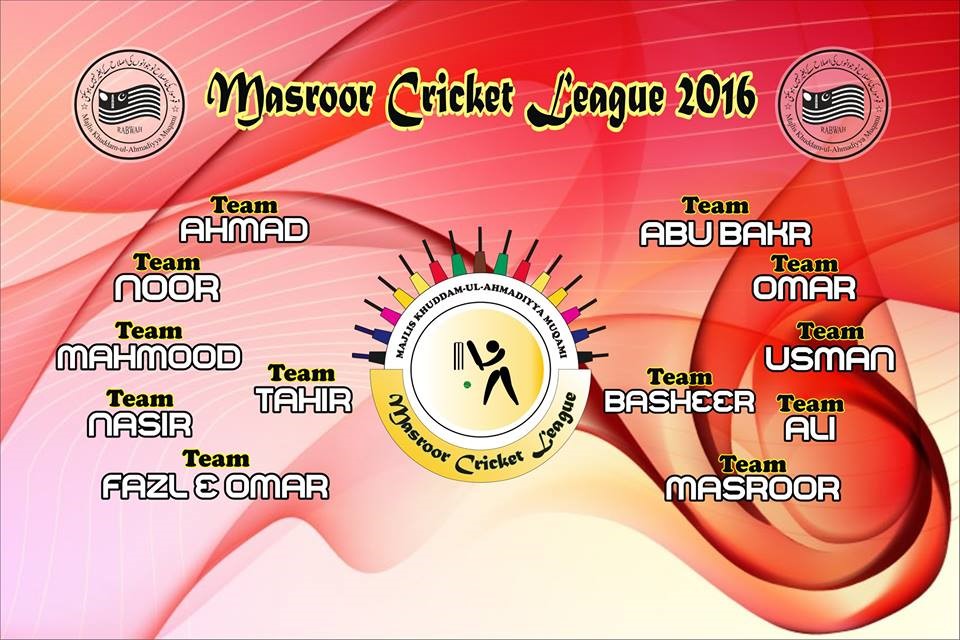 Itâ€™s a great effort by the MKA and is a great platform for the players to show their abilities and it will built sportsman ship among the players. 12 teams are participating in the league. All the players were divided into three categories (A, B, C). One by one the players were selected by the captains on their turns. The matches consist of 8 overs per team.

Opening Ceremony was held on 23 January 2016 and the honorable guest was Dr. Abdul Khaliq. Teams are divided by the following names and under the captaincy:

We wish that this tournament goes well till the end and all the teams play well and show good sportsman ship.